EXCLUSIVE – Two years removed from her Griselda debut, Armani Caesar is set to drop her sophomore LP, The Liz 2, on the storied Buffalo imprint late next month. Much like the first installment, the project’s artwork features an oil painting of the late Hollywood icon Elizabeth Taylor, embellished with a third eye, by artist Isaac Pelayo.

In conversation with HipHopDX, Armani broke down the decision to base her Griselda breakout around the legendary actress.

“I wanted to do something that was outside the box,” she notes. “[Westside Gunn‘s] vision when it comes to music as an art form and his ability to resonate with not only Hip Hop heads but people deep into art, really helped The Liz come about.”

As she explains, there was a lot of conversation between herself and WSG, who executively produced both instalments.

“We began looking at different women who were regal and able to represent me as an artist … that’s when Liz Taylor came into play,” she says. “We started making music around that.”

She also alludes to the well-known fact that West is a huge wrestling fan, noting “Elizabeth” is also a spin on the late Miss Elizabeth, who famously played the role of “Macho Man” Randy Savage’s manager — with runs in both WWF and WCW.

Further proof of that is the clip of Miss Elizabeth famously choosing whose corner she would be standing in during WrestleMania V (ultimately siding with Hulk Hogan over Randy Savage) that appears as a skit on “Gucci Casket” featuring Conway off the first Liz tape.

“Liz represents queendom, luxury … all of that good shit. Isaac Pelayo painted the cover, and it just went off from there,” she adds.

Pelayo himself fondly remembers painting the first Liz cover and shared with DX the whirlwind (roughly) 48 hours he spent painting the sequel.

“West calls me while I’m having dinner in Italy back in January of this year,” Pelayo recalls. “He told me he needed a cover for The Liz 2, and he needed it as soon as possible.

“I flew into Paris and started painting her in my hotel room … pretty surreal experience,” he explains. “I had the Eiffel Tower right outside my balcony while working on this piece; got her done in a few days and shipped her out to West from there.”

He adds that they had gone through a few reference photos before settling on an iconic 1950s image of the starlet.

“The dopest part of that moment is that I got my canvas and paint from Sennelier, which is the place that invented oil pastels specifically for Picasso. It felt like a fantasy,” he says humbly. 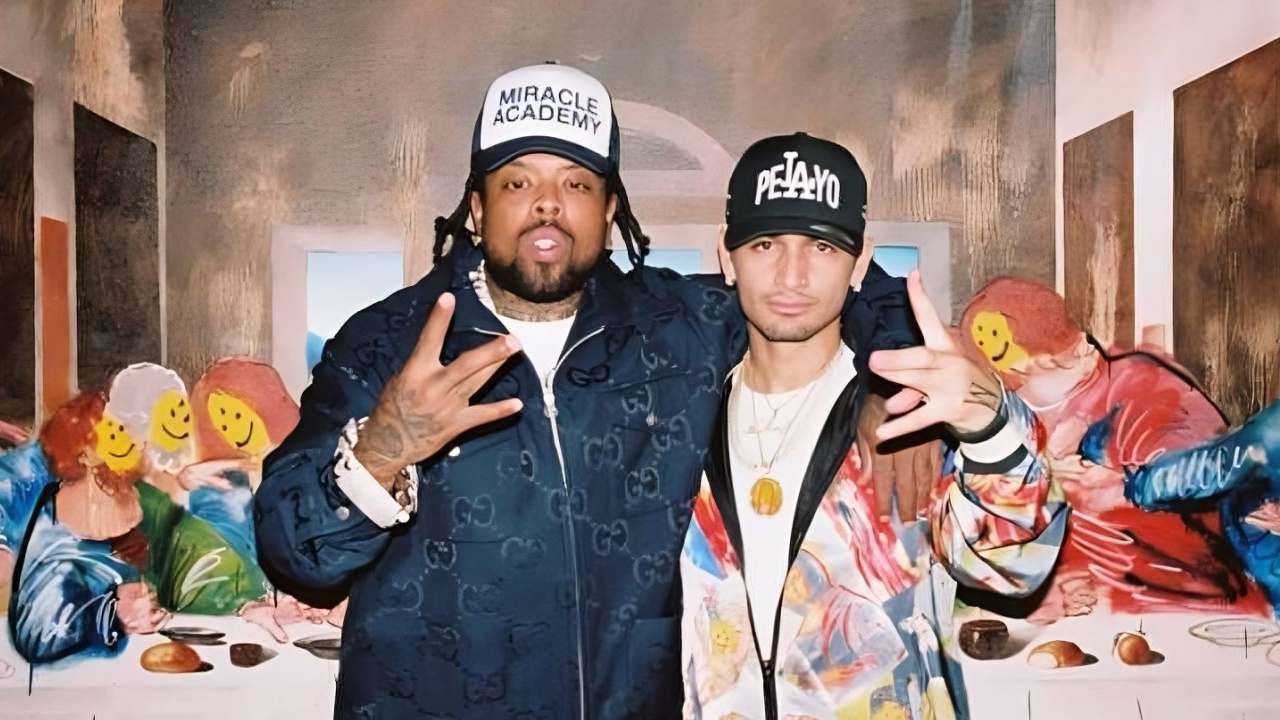 Two singles from The Liz 2 have already dropped: “Hunnit Dolla Hiccup” featuring Benny The Butcher and Stove God Cooks and “Paula Deen” featuring Westside Gunn. The album is due out October 21 via Griselda Records.

Top HipHop9 hours ago8 hours ago 0