Best Look Yet at the Women’s ‘Seafoam’ Air Jordan 4 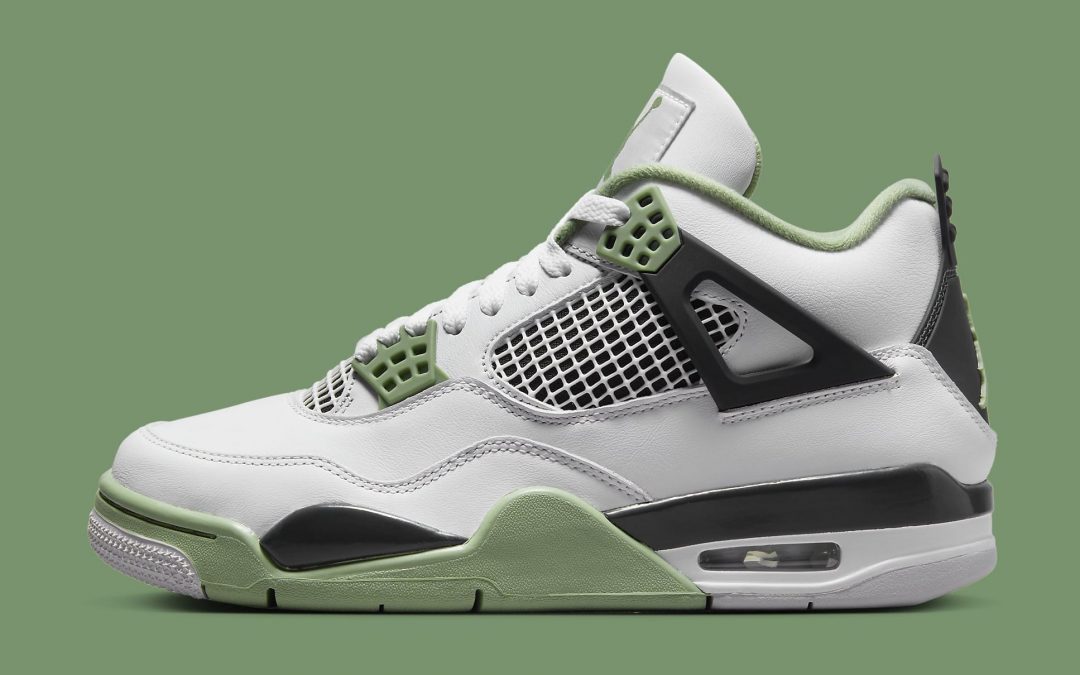 Shown here is a mockup of the purported “Seafoam” Air Jordan 4, courtesy of trusted sneaker leaker account @zSneakerheadz on Instagram. The shoe is expected to don an OG-inspired color blocking reminiscent of the “Fire Red” makeup, but the red panels have been replaced with a seafoam green hue.

In addition to the “Seafoam” colorway, Nike SB and Jordan Brand are also dropping an Air Jordan 4 collab in 2023.

According to @zSneakerheadz, the women’s exclusive “Seafoam” Air Jordan 4 will be released on Feb. 24, 2023 for $200. Keep it locked to Sole Collector for the official details to be announced by Jordan Brand in the coming months.

UPDATE (12/16): Jordan Brand hosted a live stream on the SNKRS app yesterday that showcased in-hand looks at the sneaker releasing as part of the Air Jordan 2023 retro lineup. One of the shoes that were previewed include the first look at the women’s exclusive “Seafoam” Air Jordan 4. At the time of writing, the style is slated to drop on Feb. 24, 2023 for $200.

UPDATE (01/25): Official images of the “Seafoam” Air Jordan 4 have loaded on the backend of Nike’s website. At the time of writing, this women’s exclusive colorway is slated to hit retail on Feb. 24 for $200.