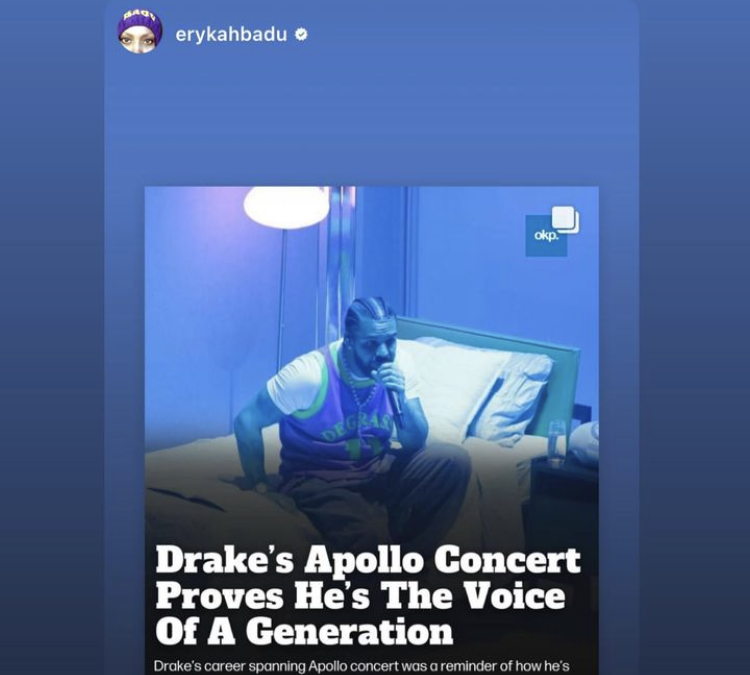 Drake has responded to Erykah Badu‘s praise following his shows in Harlem, New York over the weekend.

Badu took to her Instagram Stories on Monday (January 23) to reshare an article calling Drizzy “the voice of a generation” after his back-to-back concerts, during which he took fans on a “journey” through his career with a catalog-spanning setlist and narrative-driven stage design.

Badu co-signed the lofty statement, writing: “Cause he is @champagnepapi” in her caption.

Drake saw the post soon after and responded on his own Instagram Stories with: “My eternal spirit animal has spoken” along with a few emojis capturing his reaction. 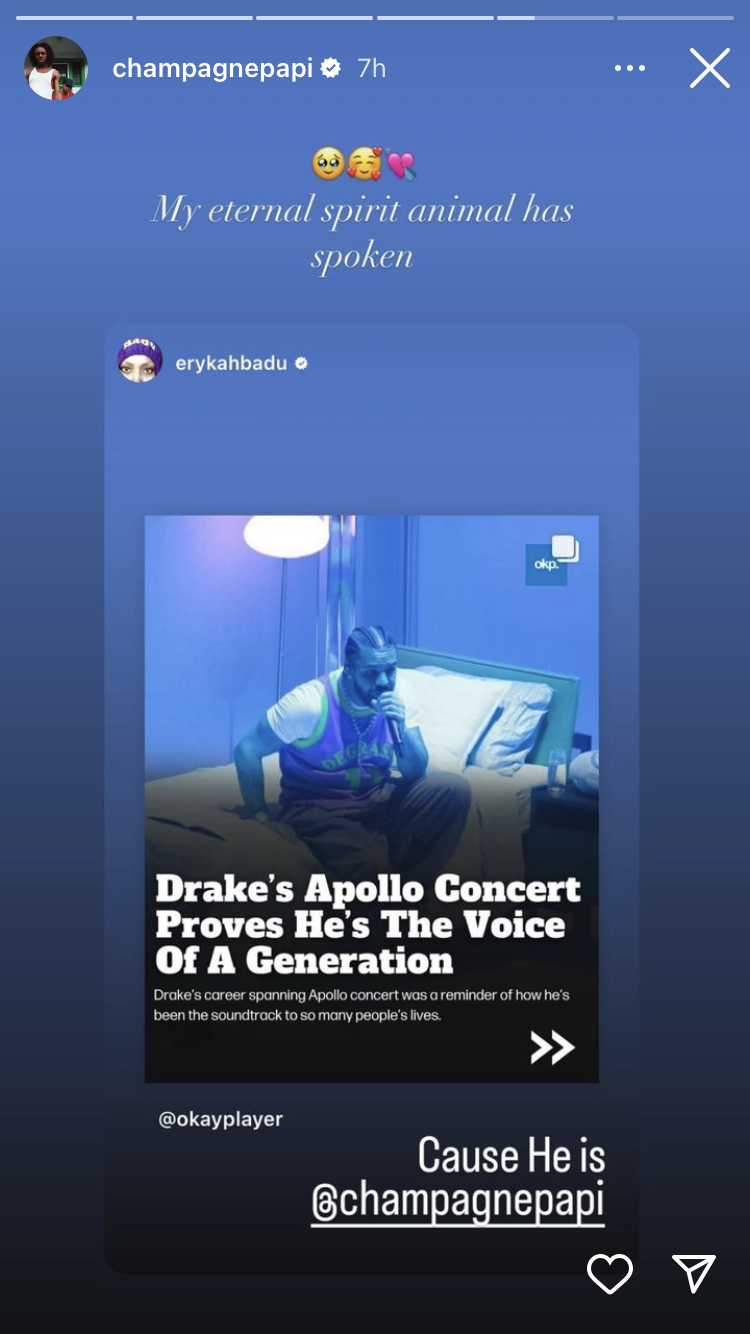 The Toronto native even wore Cam’ron’s iconic pink fur coat and hat during night one while the Harlem crew performed hits like “I Really Mean It,” “Dipset Anthem” and “We Fly High (Ballin’).”

Erykah Badu and Drake have built a friendship over the years, with Badu covering Drizzy’s “Hotline Bling” on her 2015 mixtape But You Caint Use My Phone and even inviting the 6 God over to her house for tea.

During an interview with Complex at the time, she spoke on her relationship with Drake and his reaction to “Cel U Lar Device.”

“I think that once I did Drake’s song, ‘Hotline Bling,’ I did it for someone’s birthday, just as a gift. And it came out so well, my co-producer, Zach Witness and I, who’s on my label, we kinda just messed around with it. And you know there’s no instrumental for the song, so he had to recreate and reconfigure all these things.”

She added: “So, during the process it’s almost like I was initiated into this new frequency… ‘Phone Down’ kinda set the tone for everything that will be happening. Thus the Toronto comparison.”